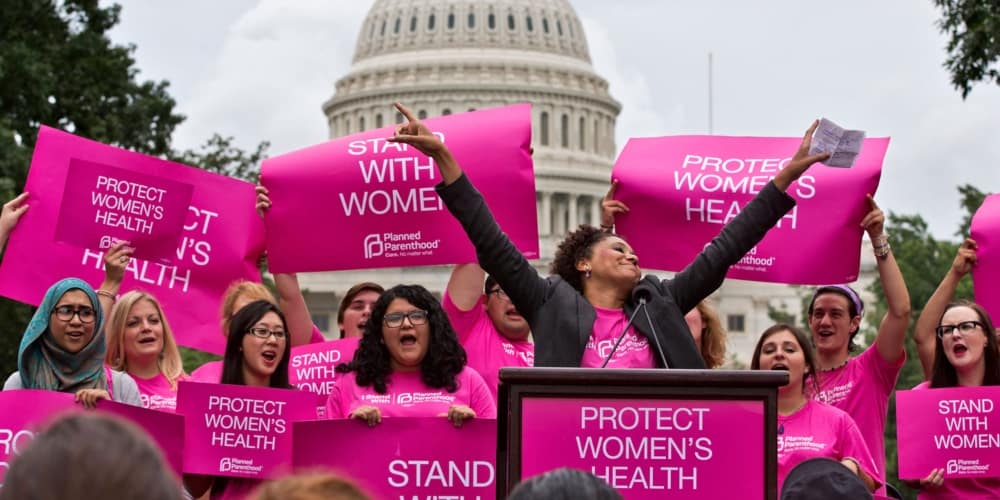 In a recent preliminary hearing in the court case against the Center for Medical Progress, a Planned Parenthood official admitted to harvesting aborted fetal parts for the purpose of selling them to human tissue procurement companies.

Sandra Merritt and David Daleiden are currently defending themselves against 15 felony charges after their series of undercover videos exposing the abortion provider’s unethical trade in baby body parts. As Liberty Counsel has pointed out, Merritt and Daleiden are the first undercover journalists to be criminally prosecuted in California history, indicating that the charges may have been politically motivated.

The felony charges against the Center for Medical Progress have been pursued by pro-choice politicians, such as former California Attorney General Kamala Harris and current state Attorney General Xavier Becerra. Harris has received huge campaign donations from the abortion industry in the past, including more than $81,000 from Planned Parenthood and other abortion advocacy groups. As California’s attorney general, Harris chose not to investigate the illegal activities of Planned Parenthood. Instead, she had her office search Daleiden’s home to seize his laptop and the hard drives that contained video footage of his investigation.

Daleiden’s representation, the Thomas More Society, filed a motion to void the warrant that led to the search and seizure of Daleiden’s property. The motion discloses evidence of Harris’ efforts to protect Planned Parenthood:

With the revealing testimony of several abortion industry workers, such as Melissa Fowler, the vice president of the National Abortion Federation, it seems the gruesome practices of the abortion industry will finally be forced out into the open.

Fowler appeared in a recording that Merritt and Daleiden obtained at a NAF conference. Although she claimed in her testimony that she did not know what a fetal tissue procurement agency was, Fowler easily identified StemExpress as a repeat NAF vendor. In their summary of the first day of the trial, the Center for Medical Progress also noted that NAF Exhibitor Rules and Regulations did not prohibit video recording at the time the undercover videos were filmed.

Doe 7, an abortionist, admitted to procuring fetal tissue from the abortions she performed at Planned Parenthood. She also confessed to being familiar with StemExpress. She testified that she was aware of cases where money had been exchanged as part of such transactions. It is worth noting that StemExpress and Planned Parenthood Northern California are both under ongoing FBI and U.S. Department of Justice investigation for selling fetal organs and tissue illegally.

The prosecution attempted to build a case around the security concerns of the abortion industry, with Fowler taking the stand to insinuate that the violence of pro-lifers necessitated the need for tight security measures at NAF conferences. Yet further testimony from Doe 7 contradicted these claims. The unnamed abortionist admitted that her recorded conversation with Daleiden had not taken place in private. Moreover, a never-released video of Doe 7 revealed the presence of nearby passersby who would have been able to overhear the conversation.

Daleiden’s attorney, Peter Breen, noted that “none of the content was confidential.” Moreover, California’s penal code, enacted under the California Invasion of Privacy Act, specifically excludes conversations that can easily be overheard or recorded. Breen also added that Daleiden’s role as an undercover journalist should grant him protection under California’s shield laws.

With the preliminary hearing expected to last until Sept. 17, Merritt and Daleiden will continue to defend themselves by pointing to the clear conflict of interest between the abortion industry and the California attorney general’s office.

Daleiden has openly called this show trial “a biased attack on First Amendment civil rights and a political prosecution to shield Planned Parenthood from accountability for their crimes against women and children.” As long as the trial continues, he will have a platform from which to discuss the matter.