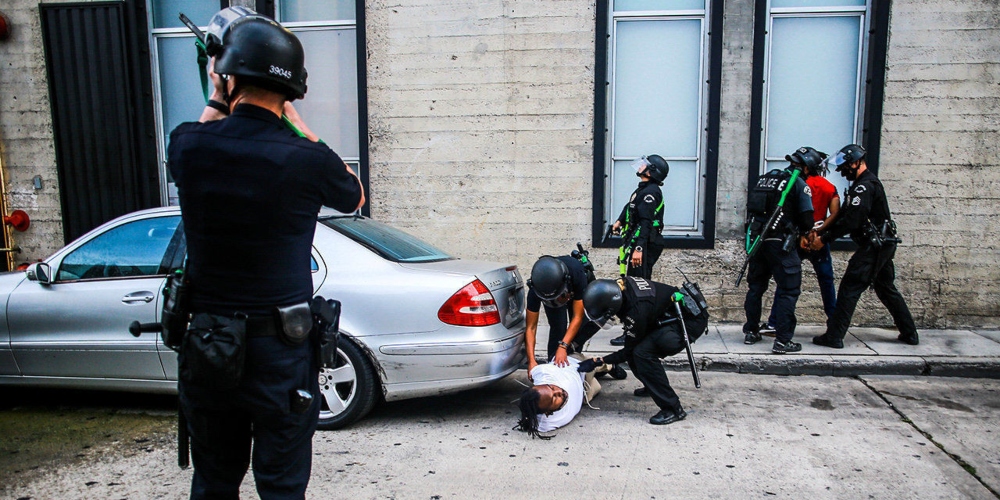 ON THE EIGHTH day of protests against the killing of George Floyd, Donald Trump boasted about his record on reducing black poverty and unemployment and passing criminal-justice reform. “My Admin”, he tweeted, “has done more for the Black Community than any president since Abraham Lincoln.” Is that true? Are African-Americans better off under Mr Trump, and what does that have to do with the protests? 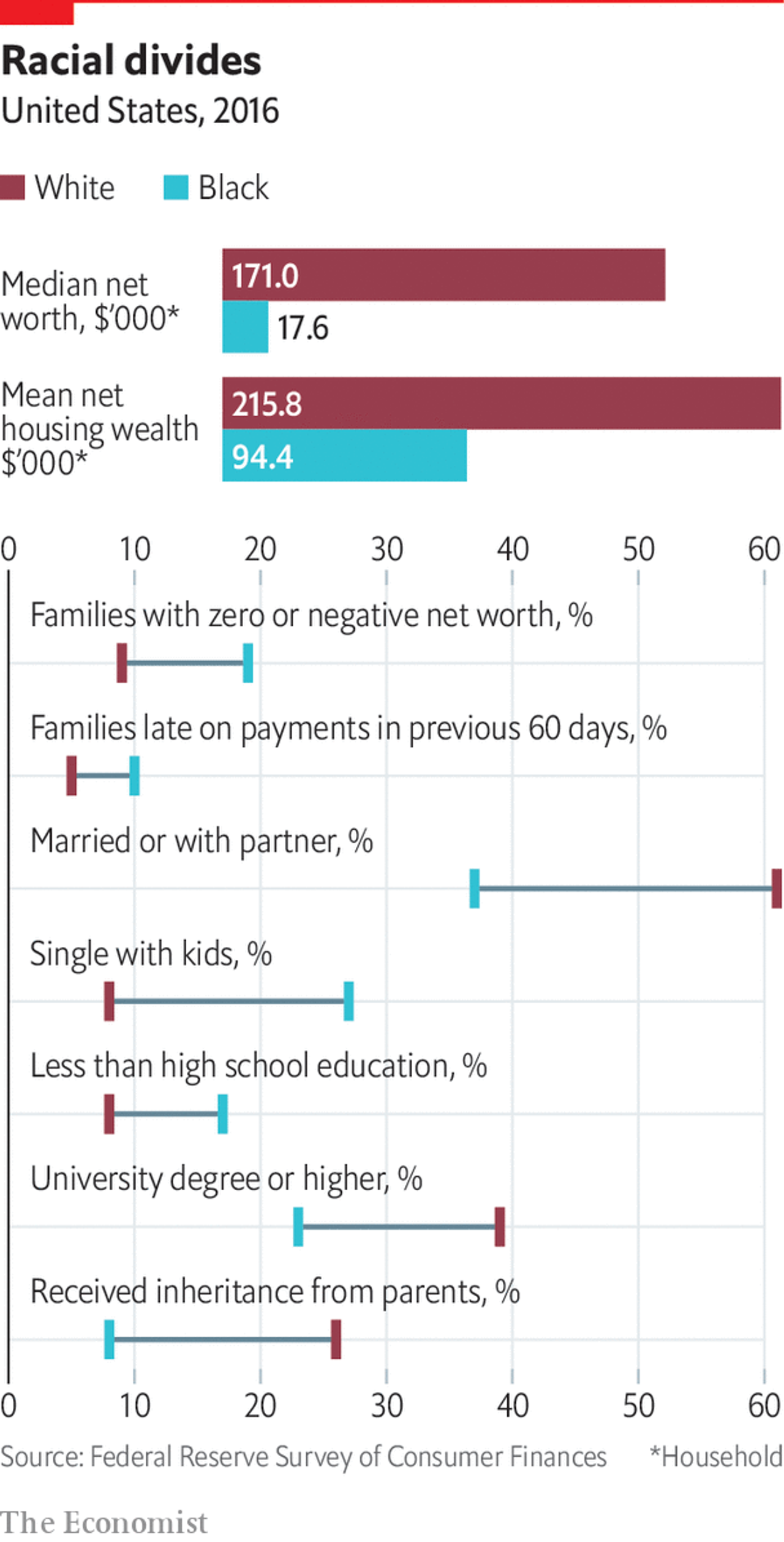 According to the Census Bureau, African-Americans earn barely three-fifths as much as non-Hispanic whites. In 2018 average black household income was $41,400, compared with $70,600 for whites. That gap is wide. In Britain, where race relations can also be tense, blacks earn 90% as much as whites. The American gap is narrower than it was in 1970 when African-Americans earned only half as much as whites. But all the improvements happened between 1970 and 2000, and since then things have worsened again. The black income gap has been eased somewhat by post-COVID federal spending increases. But it may soon yawn wider because African-Americans have many of the low- or unskilled jobs that could be most vulnerable to a coronavirus recession.

Income numbers understate the real economic disparities because they only describe people who are in work. According to a study by Patrick Bayer of Duke University and Kerwin Charles of the University of Chicago, a stunning 35% of young black men are unemployed or out of the workforce altogether, twice the share of whites. This huge number seems to be connected with the high incarceration rates of African-Americans: besides those in jail, many have given up looking for work because employers will not offer jobs to former felons. Hence the judicial disparities at the heart of the protests over Mr. Floyd also reinforce income and job inequalities.

The wealth gap between blacks and whites is even wider than the income gap. According to a survey by the Federal Reserve Board in 2017, the median net worth of African-Americans was only a tenth that of non-Hispanic whites: $17,600, compared with $171,000. The gap is the same as it was in 1990. This permeates the everyday financial experience of African-American households. Twice as many blacks as whites have zero or negative net worth (ie, debts larger than assets); twice as many have been denied credit or made late payments in the past 60 days; more than twice as many say they cannot pay all their bills in a typical month; only 43% say they can borrow $3,000 in an emergency from family or friends, compared with 71% of whites. Financially, many more African-Americans than whites are living near the edge, one pay-cheque from disaster.

Covid-19 has been a catastrophe, and African-Americans have been hardest hit by it. Black and Hispanic New Yorkers are twice as likely to die of COVID-19 as whites; black Chicagoans, five times more likely. This is partly because they are heavily represented in the jobs that have kept going throughout the epidemic (nursing, delivery drivers); partly because they are much more likely than whites to have no health insurance (12.2% uninsured against 7.8% in 2018); and most of all because they have more of the chronic health problems that make people vulnerable to the disease. According to the Centres for Disease Control and Prevention, African-Americans aged 18 to 49 are twice as likely to die from heart disease as whites, 50% more likely to have high blood pressure, and almost twice as likely to have diabetes.

In the midst of the protests, Barack Obama argued that addressing the problem of unequal justice before the law was the first step towards wider social change. There is evidence both of judicial inequality and of a link between that and economic status. According to the Bureau of Justice, the incarceration rate per person was six times higher in 2016 for blacks than it was for whites (and that, amazingly, was an improvement: in 2006, it had been seven times higher). African-Americans, who often live in poor, crime-ridden areas, do commit more crimes per person than whites—but not six times more.

A study by researchers at the Universities of Michigan and British Columbia found that blacks and Hispanics get longer sentences for the same crimes. Another study argued that this is because judges do not think blacks can pay a fine instead of going to jail and fear that, if they were released, they could not get a job and would revert to criminality. In other words, poverty and joblessness make sentencing practices harsher for blacks, and those practices make it harder for blacks to get a job.

It is hardly surprising that so many protesters believe African-Americans are not equal before the law, not equal in terms of income and jobs, and not equal in terms of health. And their condition has improved little, if at all, under Mr. Trump. As George W. Bush put it, on the same day that his Republican successor as president was tweeting his boasts: “It is time for America to examine our tragic failures.”