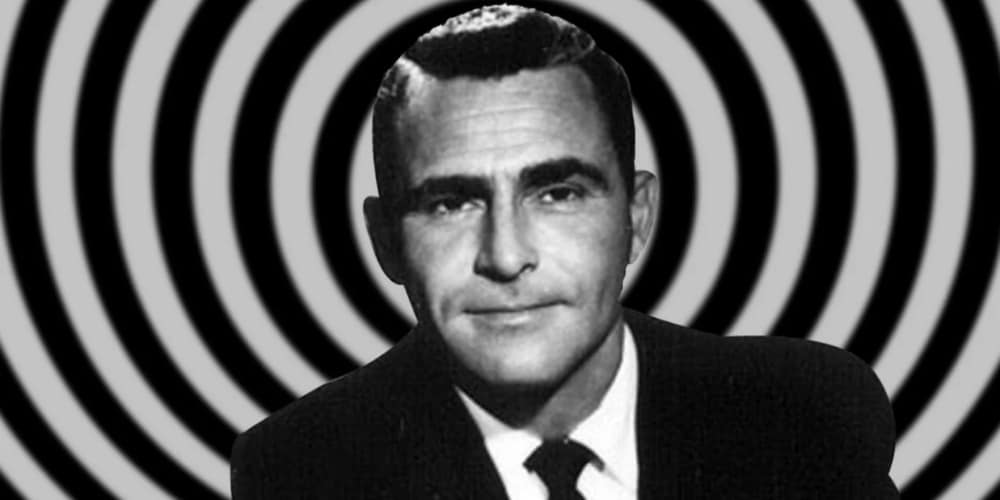 “Imagine if you will, a situation in which the economy of a nation is overdue to experience an economic collapse of epic proportions, but remains endlessly at the brink. Every day, a collapse is more likely, yet the economic house of cards remains in a state of suspended animation. Some people become increasingly edgy, while others become more complacent. Only a few choose to actually prepare for what’s coming.

“An impossible situation? Yes. But we’d be well-advised to recognize that it couldn’t only occur… in the Twilight Zone.”

For those old enough to remember The Twilight Zone, the quirky “what if” American television program, this episode introduction by host Rod Serling would seem to fit right into the show’s format.

The program ran from 1959 to 1964, presenting somewhat unreal twists on the normal world we live in. Each episode would examine how people would deal with the episode’s situation and generally end with a moral lesson from Mister Serling as to the nature of mankind.

Strangely, the above episode, as unlikely as it might have seemed a mere decade ago, is playing out in real life.

Stocks are climbing in price, whilst dividends are in decline or, for some of the fastest-growing companies, non-existent. Bonds are a worse bet, yet a bond bubble of epic proportions exists. The world’s governments are dumping US debt, yet the Fed is buying billions of dollars of debt each month.

Indeed, debt is now growing at least twice as fast as the economy that must pay for it.

Quantitative Easing was invented to bail out banks in 2008, but continues to this day, long after the problem was claimed to have ended.

Benefits from Welfare and Social Security programs are at an all-time high, yet they’re underfunded to the point of certain collapse in the near future, independent of the other impending economic calamities.

Meanwhile, multiple unnecessary wars are being waged at a staggering cost to a nation that’s already insolvent, yet additional countries are being threatened with possible warfare if they don’t “behave.”

We’re in the extraordinary situation of being in the longest boom period in history, yet there’s no real boom, only the illusion of one.

At such a time, it would be predictable that those who have become worried would flood toward precious metals, as they have done for thousands of years, whenever the economic situation became untenable. Yet only a tiny portion of the world’s population is doing so.

Never in history have the major economies of the world been in an economic bubble that includes virtually everything. And yet, incredibly, this situation has existed for over a decade. Technically, we’ve been in a depression since 2007 and yet the bubble that should have burst back then simply keeps growing.

So, does this mean that the age of crashes is over, that the bubble can expand forever without bursting?

Well, no. The bubble will most certainly burst, and the more inflates, the worse the eventual debacle will be.

We’re therefore in a state of suspended animation, waiting for the shoe to drop.

Some of the best economic minds began to warn about the coming crash as its causes began to take shape decades ago. And almost to a man, they predicted that it would have taken place already, at least five years ago.

But how might they have estimated a possible date for such an event? Economic crashes are notoriously difficult to pin down as to timing.

Well, all of them (and here I must include myself) made the assumption that conditions would have become so economically unsupportable by now that surely a collapse would have been a virtual certainty.

And in this we were conceptually correct. Where we were mistaken was that all logic supported the assumption that, once conditions had reached that point, money would begin to exit the system, ensuring a crash.

Historically, this is always what happens. When a crash is near, the smart money makes an exit. Yet, this time around, whenever money has left the system, it has been replaced by dramatically increased debt, obscuring the fact that the smart money has begun its exit.

Therefore, we’ve continued to appear as though we remain in a boom – the longest boom in history. Unfortunately, the vast majority of people are unable to recognize the plethora of signs that are indicating that the economy has been hollowed out.

In addition, stats like inflation and unemployment have been fudged ever since the Clinton administration, to mislead the population into believing that they’ve not risen to depression levels.

The icing on the cake has been that the media – 80% of which are owned by the same six Deep State corporations – deliver a daily message that the economy is on the rise and the public should “buy, buy, buy!”

Not surprisingly, those who provided an early warning to the coming economic crisis are regularly told, “You’ve been crying, ‘Wolf!’ for years. The crash hasn’t happened. You were wrong.”

And this criticism is not unearned. There’s no question that the timing has been prolonged beyond all expectations. However, the fundamentals remain the same and, today, are far more pronounced than they were in 2007.

Back then, we expected a small crash, which did occur, followed by the “eye of the hurricane,” a quiet period of three to five years when a false recovery would take place.

That “eye” proved to be artificially expanded by the Deep State’s diverse players, to the ultimate detriment of virtually all people.

The second, major crash – predicted prior to 2007 to occur several years after the 2007 minor crash – is not only still looming; it’s more certain than ever before. The fundamentals remain the same and will reach their logical conclusion.

To be sure, this has led those economists who have been tracking the pending economic debacle for decades, to have the sensation of suspended animation for several years.

Not surprising then, that the present state of affairs seems like an episode of The Twilight Zone, with the unfortunate twist that this is not a television show; it’s an artificially delayed reality.

Editor’s Note: We’re on the cusp of an economic crisis that could eclipse anything we’ve seen before. And most people won’t be prepared for what’s coming.