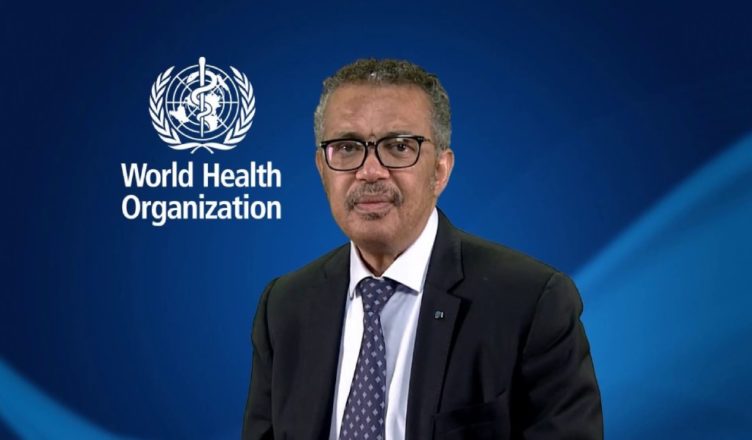 David Steinman, an American economist nominated for the 2019 Nobel Peace Prize, has called for the World Health Organization‘s (WHO) director-general, Tedros Ghebreyesus, to be prosecuted for genocide.

In a complaint filed at the International Criminal Court in The Hague, Steinman has accused Ghebreyesus of supporting genocide in Ethiopia by being a crucial decision-maker about the actions of security forces in the country. Steinman said these actions involved killing, detaining, and torturing many indigenous people, such as those that belong to the Amhara, Konso, Oromo, and Somali tribes.

To back up his allegations, Steinman cited a 2016 U.S. Government report on human rights in Ethiopia. That report found that local police in rural areas and local militias sometimes “acted independently.” Additionally, the report mentioned, “other undocumented crimes” allegedly enacted by Ethiopia’s security forces.

Steinman, who served as a senior foreign adviser to Ethiopia’s democratic movement more than two decades ago, also accused Ghebreyesus of playing a part in the “intimidation of opposition candidates and supporters,” including their arbitrary arrest and lengthy pre-trial detention.

Steinman’s case will proceed if prosecutors choose to adopt it. Ghebreyesus denied the allegations. He stated last month in response to his alleged involvement with a rebel group that he is on “the side of peace.”

Ghebreyesus served as Ethiopia’s health minister from 2005–2012 and was one of three officials in charge of national security forces between 2013–2015. He served as the country’s foreign minister in 2016 and became the WHO’s director-general in 2017. He is the organization’s first leader since its inception not to be a doctor.

In a televised statement, Jula alleged that Ghebreyesus is a member of the TPLF and a criminal, arguing that Ghebreyesus has worked in neighboring countries to get weapons. He also called for Ghebreyesus to be removed from the WHO.

Although Jula did not offer any evidence to substantiate his allegations against Ghebreyesus, it is relevant to note that the WHO director-general was the health minister when the communist TPLF ruled Ethiopia.

Nonetheless, Western diplomats in Geneva said that because of the lack of evidence, there was no rush to try Ghebreyesus or move to challenge him at the WHO.

Jula’s televised allegations and Steinman’s formal complaint against Ghebreyesus came hard on the heels of U.S. President Donald Trump’s decision to have the U.S. withdraw from the WHO amid the pandemic.

“The position of the White House is that the WHO needs to reform,” said Nerissa Cook, the deputy assistant secretary of state for the Bureau of International Organization Affairs.

Cook added that the organization can begin its reform by demonstrating its independence from the Chinese Communist Party. (Related: Japanese VP: The WHO should be renamed the ‘Chinese Health Organization.’)

Trump’s decision to withdraw also means the U.S. will no longer pay its dues, which amounts to $60 million. The withdrawal will take effect in July 2021. Trump also instructed his administration to halt funding and to wind down cooperation with the organization.

In August, just a month before Trump announced his decision to withdraw from the WHO, Ghebreyesus had said he hopes the U.S. will reconsider its plan to leave the organization. Ghebreyesus added that the problem with the U.S. is not about the money. “It’s actually the relationship with the U.S. that’s more important.”

US Energy Act of 2020: Provisions for Fission and Fusion