The powers of the Swiss government to curtail public life due to the pandemic is on the agenda for a nationwide vote in June. A citizens’ group has brought a referendum against the so-called “Covid law”, approved by parliament and implemented last September.

The campaign is driven by concerns over the current prominent role of the national executive in the country’s federalist and direct democratic system, as well as skepticism about the government’s vaccination policy.

Switzerland is the first country worldwide to grant its citizens a say over the legal basis for handling the COVID-19 crisis. The vote is scheduled for June 13, along with four other issues.

Last September, parliament approved a law covering a broad variety of measures aimed at combatting the spread of the Covid-19 pandemic.

The legislation, which initially consisted of 14 separate articles, aimed to put on a firm legal basis some 18 decisions taken by government between mid-March 2020 to about mid-June of the same year – decisions taken without the regular involvement of parliament.

The law has since been amended several times.

These government decisions include the allocation of financial support of more than CHF30 billion ($32 billion) to companies and individuals hit by restrictions introduced to curb the pandemic.

They also touch on other areas, notably health expenses (provision of hygiene masks, potential government investment in the production of vaccines, a standardized vaccine passport), labor protection, asylum and border closures, culture, sport as well as citizen’s rights and the media.

Most parts of the law are limited in time until the end of 2021. It provides a basis for the government to re-introduce emergency rule if necessary, but only after consultation with parliament, the country’s 26 cantonal authorities, employers’ organizations and trade unions.

If rejected by voters at the ballot box, the law, including its amendments, would become obsolete within three months, that is September. This is because current measures are covered under emergency rule limited to 12 months. 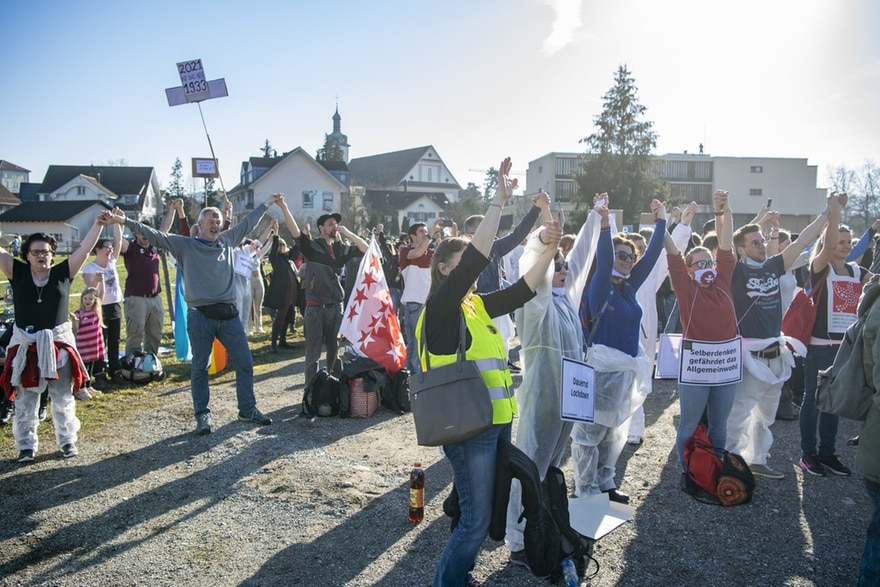 What are the main arguments for and against?

Opponents argue the law is superfluous as most measures can be applied without giving the government special powers. They also worry the law could set a precedent for the future, potentially allowing the government to impose authoritarian rule.

Apart from the more general disapproval, there is also fundamental skepticism towards the government’s vaccination policy. Campaigners accuse the authorities of ignoring potential health hazards of the jabs. Part of the opposition is also a protest against what are denounced as “arbitrary” anti-Covid measures.

The motley crew of opponents argue that the limited number of deaths from the pandemic do not justify the temporary closure of shops and restaurants, restrictions on the freedom of assembly, or the mandatory wearing of masks.

For supporters however, the law is a necessary step, and is in line with a clause mentioned in the Swiss Epidemics Act, which states that emergency rule measures by the government have to be put to parliament for debate within six months.

They argue the process gives additional democratic legitimacy to a political procedure and offers a sense of certainty to the population and businesses.

Switzerland’s political structure is marked by a division of powers between the executive, the legislative and the judicial branch and its federalist system which grants cantonal (and to some extent also local) authorities a large degree of autonomy from the national government.

Why do voters have a say?

Several citizen committees, including the Friends of the Constitution, collected just over 90,000 signatures to force a referendum on the law approved by parliament last September.

The law has been in force – and has even been amended – since last year. Normally, the launch of a referendum means a delayed implementation of a law. Subsequent rejection at the ballot box vetoes the parliamentary decision.

Under Switzerland’s system of direct democracy, parliamentary decisions can be challenged to a nationwide vote if at least 50,000 signatures are collected within 100 days following parliament’s approval. 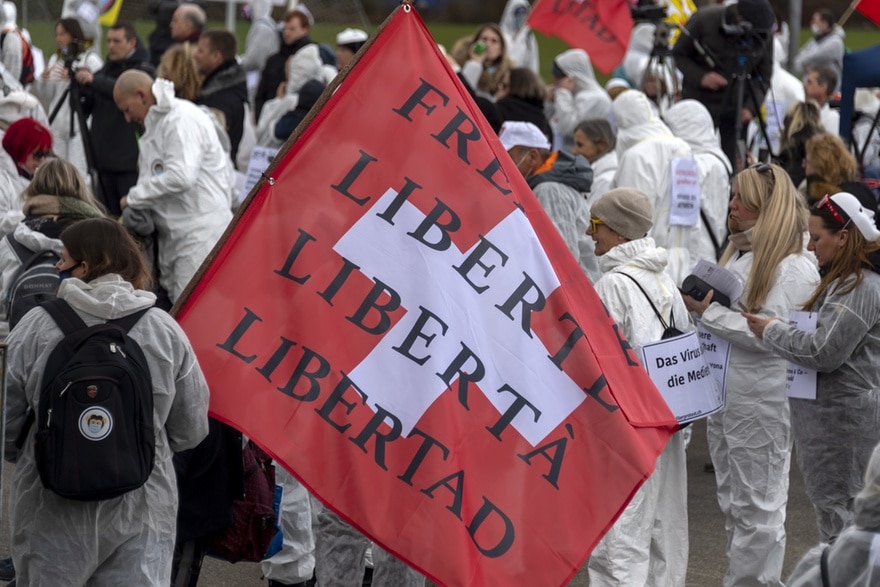 Switzerland is the first country in the world to put coronavirus legislation to a nationwide vote. Such a referendum is an integral part of its political system, which gives citizens the option of vetoing a law or an amendment.

There is no previous vote in recent Swiss history which is directly comparable.

Certain similarities may be drawn with a 2013 referendum on the amended Epidemics Act and a 2005 people’s initiative for a moratorium on genetically modified organisms in agriculture.

Political scientists say the vote on COVID-19 legislation has a high potential of attracting anti-government protest votes, particularly from citizens who are directly affected by official restrictions.

The issue will arguably be at the forefront of the five issues on the agenda on June 13, alongside another referendum against a reform of the Co2 law.

Who are the opponents and supporters?

The committee behind the referendum was set up only last year. It launched a campaign and gathered more than enough signatures within a very short time both for a vote on the COVID-19 law but also on a separate law regulating the preventive detention of suspected terrorists.

The success of the group, which has no clear political affiliation, came as a surprise for many political observers. They reportedly have about 2,000 members, some of whom sympathize with esoteric and obscure theories.

During the parliamentary debate last September, a majority of the Swiss People’s Party came out against the law in the House of Representatives. But the right-wing group was clearly outnumbered by all other political parties in the chamber. The Senate approved the law unanimously.

None of the main political parties has recommended rejecting the law on June 13. The People’s Party abstained from taking the position.

A recent survey by the Sotomo research institute, on behalf of the Swiss Broadcasting Corporation, found that a large majority of respondents backed the government’s handling of the COVID-19 crisis. But around 30% said they had “little” or “very little” confidence.

The ‘Great Reset’: A Technocratic Agenda that Waited Years for a Global Crisis to Exploit

I lost my dad in Nomadland