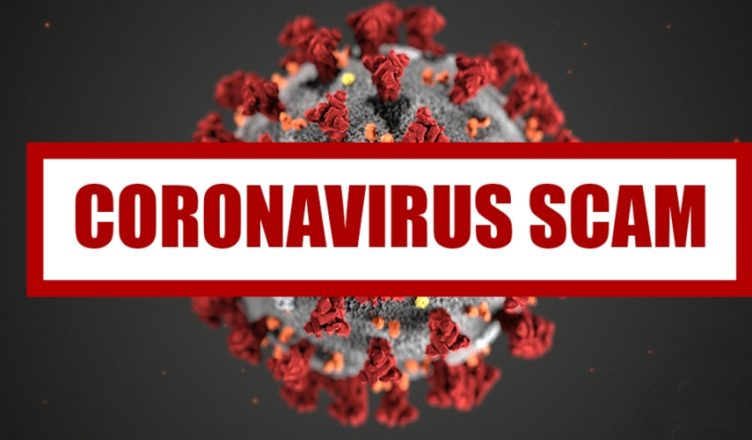 Everyday world mainstream news reports more people in more countries diagnosed “positive” for the coronavirus illness, now called COVID-19. As the reported numbers grow, so does widespread nervousness, often in the form of panic shopping for masks, disinfections, toilet paper, canned goods. We are told to accept the testing results as science-based. While it is next to impossible to get a full picture of what is taking place in China, the center of the novel virus storm, there is a process, being fed by mainstream media accounts and genuine panic in populations unclear what the real dangers are, that has alarming implications for the post-pandemic future.

During the last week of January, the Chinese Communist Party (CCP) ordered an unprecedented lockdown of an entire city of 11 million, Wuhan, in an attempt to contain a public health situation that had clearly gotten out of control. Never before in the history of modern public health had a government placed an entire city in quarantine by imposing a cordon sanitaire around it. That lockdown was quickly extended to other China cities to the extent that, for the past weeks, a major part of the world’s second-largest national economy has shut down. That in turn is impacting the global economy.

At this point, as cases and the first deaths are being reported in countries outside of China, especially in South Korea, Japan, Iran, and Italy, the prime question everyone has is how dangerous this virus is. The fiasco with the US CDC, where the putative tests for the novel virus were shown defective, underscores the fact that the testing for the now-named virus, SARS-CoV-2, said to cause the disease called COVID-19, is anything but 100% reliable. Despite this, influenced by a steady stream of mainstream media images of empty shop shelves in Italy, of police cordons around Washington State nursing homes said to house several presumed Coronavirus patients, of pictures of Iranian hospitals filled with body bags, millions of citizens are understandably becoming alarmed and fearful.

What is being done in city after city and country after country is the cancellation of major events where many people come together. This has included the Venice Carnival, major sports events, trade shows in Switzerland and elsewhere being canceled. Major airlines are being financially devastated as people around the world cancel holiday flights, as are cruise ship lines. China orders the burning of cash notes claiming they might be contaminated. The French Louvre reopens but does not accept cash, only cards, as paper might be contaminated. WHO warns about paper money contagion risk. Countries are introducing laws such as in the UK allowing legal detention of citizens who might have a virus. Growing media promotion in the West of shop shelves bare of everyday essentials such as rice, pasta, toilet paper is feeding panic buying everywhere.

It is important to have a perspective on the apparent deaths provably due to COVID-19. Here facts become very imprecise.

As of March 3, 2020 according to WHO Director-General Tedros Adhanom, worldwide there were a total of 90,893 cases of COVID-19, with 3,110 resulting in death. He then called this a 3.4% mortality rate, a figure highly disputed by other health experts. Tedros stated, “Globally, about 3.4% of reported COVID-19 cases have died. By comparison, seasonal flu generally kills far fewer than 1% of those infected.”

The problem is that no one can say precisely what the true death rate is. That’s because globally we have not tested all who might have mild cases of the virus and the accuracy of those tests are anything but 100% certain. But a statement about a death rate more than three times that of seasonal flu is a real panic-maker if true.

The reality is very likely far lower true mortality according to epidemic experts. “We do not report all the cases,” says Professor John Edmunds of the Centre for the Mathematical Modelling of Infectious Diseases at the London School of Hygiene & Tropical Medicine. “In fact, we only usually report a small proportion of them. If there are many more cases in reality, then the case fatality ratio will be lower.” Edmunds went on to say, “What you can safely say […] is that if you divide the number of reported deaths by the number of reported cases [to get the case fatality ratio], you will almost certainly get the wrong answer.” The WHO under Tedros seems to be erring on the side of spreading panic.

The WHO and the USA CDC some years ago changed the definition of deaths from seasonal flu to “deaths of flu or pneumonia.” The CDC calculates only an approximate flu death count by totaling death certificates processed that list “pneumonia or influenza” as the underlying or contributing cause of death. The CDC estimates 45 Million Flu Cases and 61,000 what they deftly call “Flu-Associated” Deaths in 2017-2018 US Flu Season. How many were elderly with pneumonia or other lung diseases is unclear. Naturally, the numbers help spread fear and sell seasonal flu vaccines whose positive effect is anything but proven. Worldwide, the CDC estimated in a study in 2017 that, “between 291,000 and 646,000 people worldwide die from seasonal influenza-related respiratory illnesses each year.”

In China alone the estimate for seasonal influenza-associated (including pneumonia) deaths was about 300,000 in 2018. Note that 3,000 corona-attributed deaths, as tragic as it is, is but 1% of the “normal” annual deaths from lung-related illnesses in China, and because of the mixed or changing China accounting, it is not clear how many of the 3,000 China deaths are even from seasonal pneumonia. But owing to dramatic videos, not verifiable, of people allegedly dropping dead on the streets in China, with no proof, or of Wuhan hospitals filled in the corridors with body bags apparently of dead from COVID-19, much of the world is understandably anxious about this strange exogenous invader.

Amid what is clearly confusion among many well-meaning health officials and likely opportunism by Western vaccine makers like GlaxoSmithKline or Gilead and others, with the alarming speed our world is being transformed in ways just months ago we could not have imagined.

Whatever has occurred inside China at this point it is almost impossible to say owing to conflicting reactions of the Beijing authorities and several changes in ways of counting COVID-19 cases. The question now is how the relevant authorities in the West will use this crisis. Here it is useful to go back to a highly relevant report published a decade ago by the Rockefeller Foundation, one of the world’s leading backers of eugenics, and creators of GMO among other things.

The report in question has the bland title, “Scenarios for the Future of Technology and International Development.” It was published in May 2010 in cooperation with the Global Business Network of futurologist Peter Schwartz. The report contains various futurist scenarios developed by Schwartz and company. One scenario carries the intriguing title, “LOCK STEP: A world of tighter top-down government control and more authoritarian leadership, with limited innovation and growing citizen pushback.” Here it gets interesting as in what some term predictive programming.

The Schwartz scenario states, “In 2012, the pandemic that the world had been anticipating for years finally hit. Unlike 2009’s H1N1, this new influenza strain — originating from wild geese — was extremely virulent and deadly. Even the most pandemic-prepared nations were quickly overwhelmed when the virus streaked around the world, infecting nearly 20 percent of the global population and killing 8 million in just seven months…” He continues, “The pandemic also had a deadly effect on economies: international mobility of both people and goods screeched to a halt, debilitating industries like tourism and breaking global supply chains. Even locally, normally bustling shops and office buildings sat empty for months, devoid of both employees and customers.” This sounds eerily familiar.

Then the scene gets very interesting: “During the pandemic, national leaders around the world flexed their authority and imposed airtight rules and restrictions, from the mandatory wearing of face masks to body-temperature checks at the entries to communal spaces like train stations and supermarkets. Even after the pandemic faded, this more authoritarian control and oversight of citizens and their activities stuck and even intensified. In order to protect themselves from the spread of increasingly global problems — from pandemics and transnational terrorism to environmental crises and rising poverty — leaders around the world took a firmer grip on power.”

A relevant question is whether certain bad actors and there are some in this world, are opportunistically using the widespread fears around the COVID-19 to advance an agenda of “LOCK STEP” top-down social control, one that would include stark limits on travel, perhaps replacing of cash by “sanitary” electronic cash, mandatory vaccination even though the long term side effects are not proven safe, unlimited surveillance and the curtailing of personal freedoms such as political protests on the excuse it will allow “identification of people who refuse to be tested or vaccinated,” and countless other restrictions. Much of the Rockefeller 2010 scenario is already evident. Fear is never a good guide to sound reason.

US Energy Act of 2020: Provisions for Fission and Fusion